A Santa For Thanksgiving

Many thanks to N.K., MD, and W.G. for helping to keep this legend alive.
The inclusion of a figure of mythic or legendary origin is an important tradition in many of our most celebrated holidays: Better-known examples include Santa Claus in Christmas, The Easter Bunny in Easter, The Great Pumpkin in Halloween and Melvin the Maple Tree in Arbor Day. But there is one holiday which has no such tradition: Thanksgiving. This most venerable of American holidays has suffered from years of neglect as a result of being consumed on either side by Christmas and Halloween. Consequently it has no folkloric figurehead to call its own. That is, until today…

It is with immense pride that I present to you the brand new, legendary, storied and soon-to-be iconic figure of Thanksgiving day: Gary Gobble.

Perhaps the best way to get to know the legend of Gary Gobble is by directly comparing him to the most well-known holiday figure of all, Santa Claus, the beloved patriarch of Christmas:

As Santa’s red sleigh approaches, sleigh bells jingle. When Gary Gobble’s dull grey 1990 Chrysler Imperial approaches your driveway, one hears and sees the exhaust belching through the large rust hole in its muffler.

Santa Claus is jolly, with a long silver beard and a big fat belly. Similarly, Gary Gobble is also unshaven and dangerously unfit, but…in a different sort of way.

Santa Claus lives at the north pole. Gary Gobble showers at the Y ever since the trailer infestation.

Santa Claus is benevolent and achieves his goals through positive reinforcement. Gary Gobble is vindictive and prefers correction through pain aversion.

Santa Claus slides down the chimney and asks if the children were naughty or nice. Gary Gobble pulls up to your curb at the end of your meal and raps his hairy knuckles on the front door.

Santa Claus rewards the good children with presents which he scatters around the Christmas tree, then looks for cookies and milk. Gary Gobble pushes into the doorway and spot-checks all the dinner plates to ensure that no leftovers remain (Gary Gobble is angered by wasted food). If he discovers said uneaten food on anyone’s plate, he pulls a long string and the following noise is heard: GOBBLE, GOBBLE, GOBBLE, GOBBLE, GOBBLE!!!! This noise originates not from Gary Gobble but from a dangerously energetic, cross-eyed wild turkey affectionately named Goofy Pete, who’s just been sprung from a cage in the backseat of Gary Gobble’s car.

Sometimes Santa catches the spying eyes of an excited child, as he sips his glass of milk by the fireplace. The soft voices of carolers might be heard in the distance. Gary Gobble scans around the house with a mild prideful smirk, savoring the irony of the moment, as the wall-eyed turkey embarks on a violent, indiscriminate rampage, darting from room to room like a pinball rolled in crack,. From the cassette player in the Imperial, Led Zeppelin’s ‘Whole Lotta Love’ blares over the grumbling of the idling engine and the cries of the wounded dinner guests.

When Santa is finished with his milk and cookies, he calls to Rudolf and the other reindeer, hops back onto his sleigh and wishes all a Merry Christmas and a good night. After five minutes, just as a blood-spattered Goofy Pete is about to pluck the second eye out of grandpa’s head, Gary Gobble draws a shotgun and blows the turkey’s head off (Don’t worry, everyone, there plenty of extra Goofy Petes to fill his place back in Gobble-Land). Amidst the moans of the wounded, and the smoke rising from his shotgun, Gary Gobble flicks his cigarette onto the carpet, and with a look of stoic self-disgust, mumbles his classic catch-phrase, “That shit’ll kill ya”. 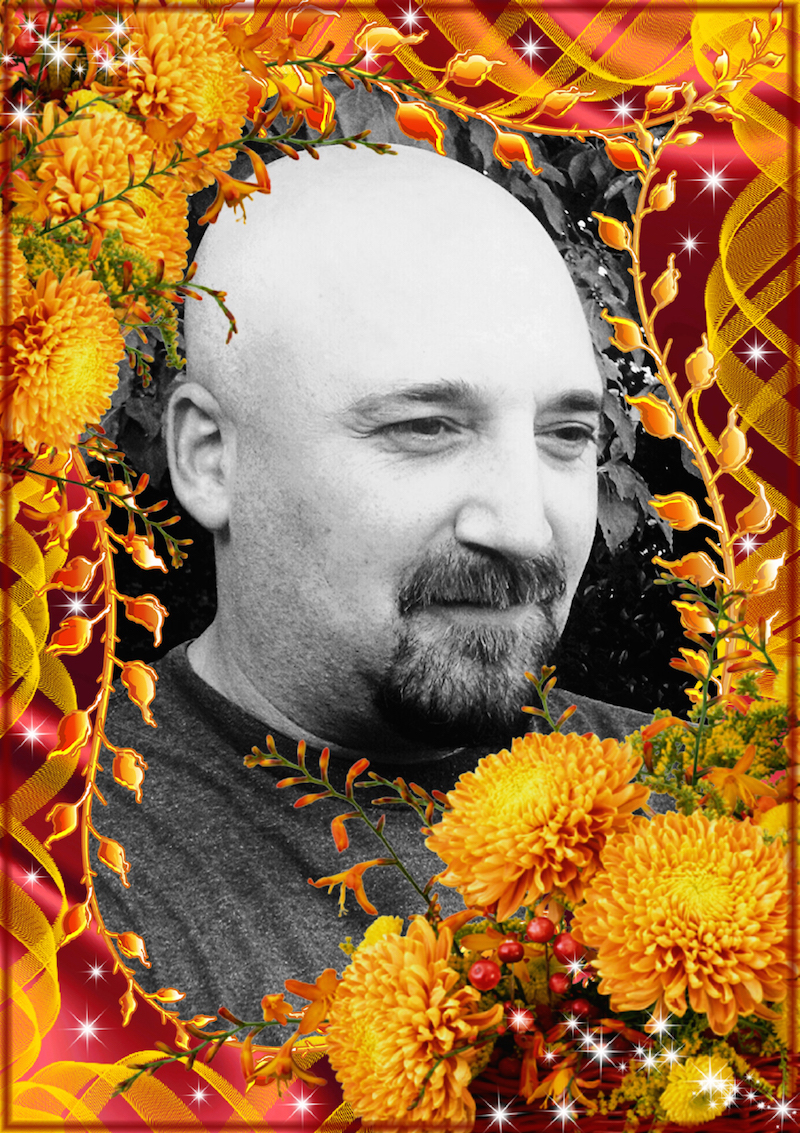 So there it is. If you’ve made it this far, you likely carry a distinct expression on your face. It’s the same look my family gives me, year after year, as I try to recite the legend of Gary Gobble around the thanksgiving table. No doubt it’s a look of judgement, one that says you suspect I have an emotional disorder. Perhaps you’re right. To this effect, I ask, whose fault is it that such important cultural iconography is left up to individuals like myself? It’s your fault.

Here’s where you can help. I need to spread this concept to as many people as will listen. For that matter, feel free to create your own version of this Thanksgiving legend (hopefully more venerable and less disgusting than mine), send it to me and we’ll discuss. Whichever version we choose, I’d like to start a White-House petition to make Gary Gobble the national folkloric figure of Thanksgiving. Apparently, it takes 100,000 signatures for it to reach the president’s desk. Put another way, if this works, the President of the Untied States of America is required by law to review a petition to make a broken sociopath named Gary Gobble the national folk-hero of Thanksgiving. That my friends, is democracy. Now get moving, Thanksgiving is right around the corner.

Happy Thanksgiving to all, and to all a good gobble.
Share this story with a friend.
f i t o n

Welcome to My Blog