According to Wikipedia, Marcellus Gilmore Edson was the first to patent peanut butter, in 1884. His cooled product had “a consistency like that of butter, lard, or ointment" according to his patent application. He included the mixing of sugar into the paste so as to harden its consistency. He developed the idea of peanut paste as a nutritious staple for people who could hardly chew on solid food.

Are your mouths watering yet? Then let's begin.

Making homemade peanut-butter is extremely quick and simple. Below are the only four ingredients you'll need: a jar of dry roasted peanuts, peanut oil, salt and honey. 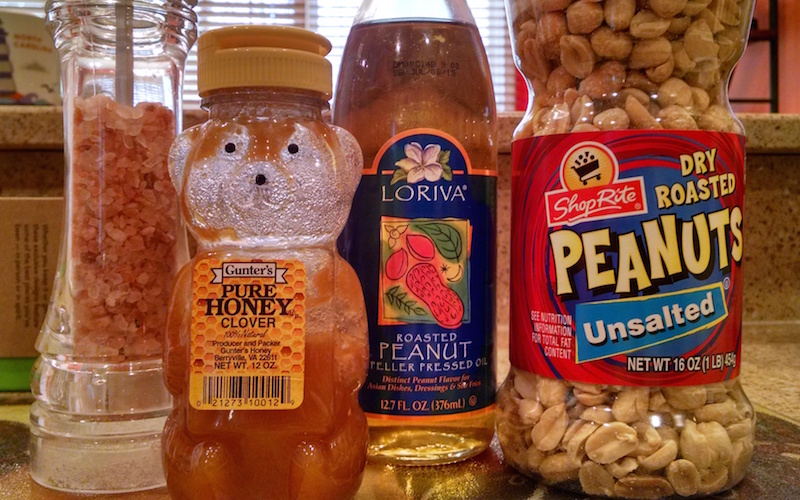 Incidentally, you know it’s time to buy new a honey jar when the old one starts to resemble Steven King’s Carrie: 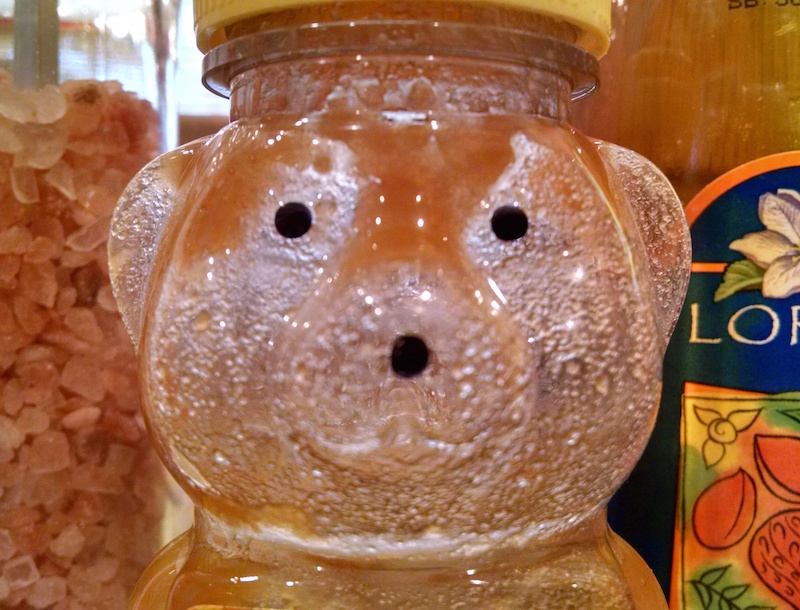 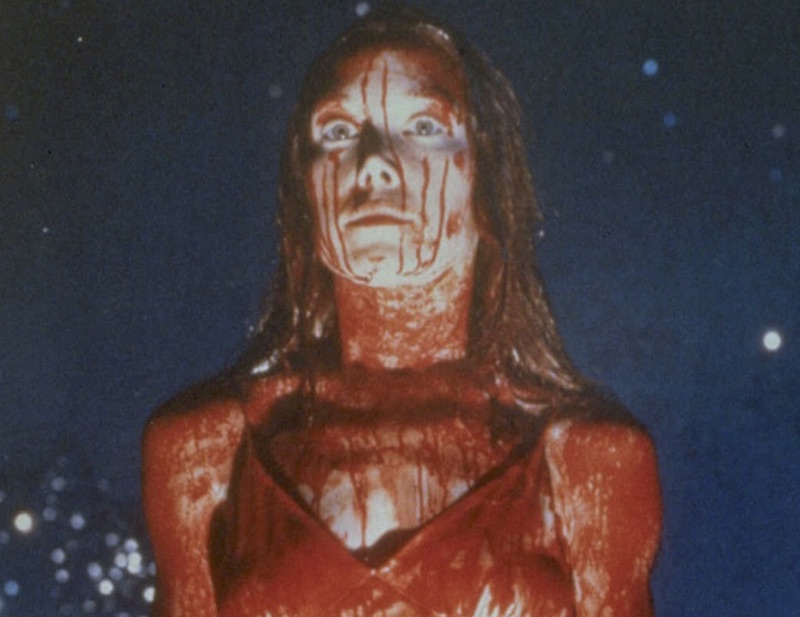 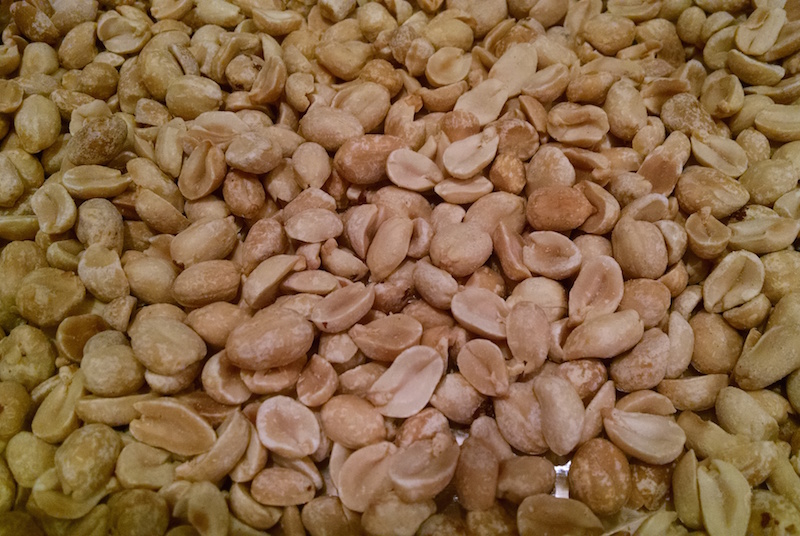 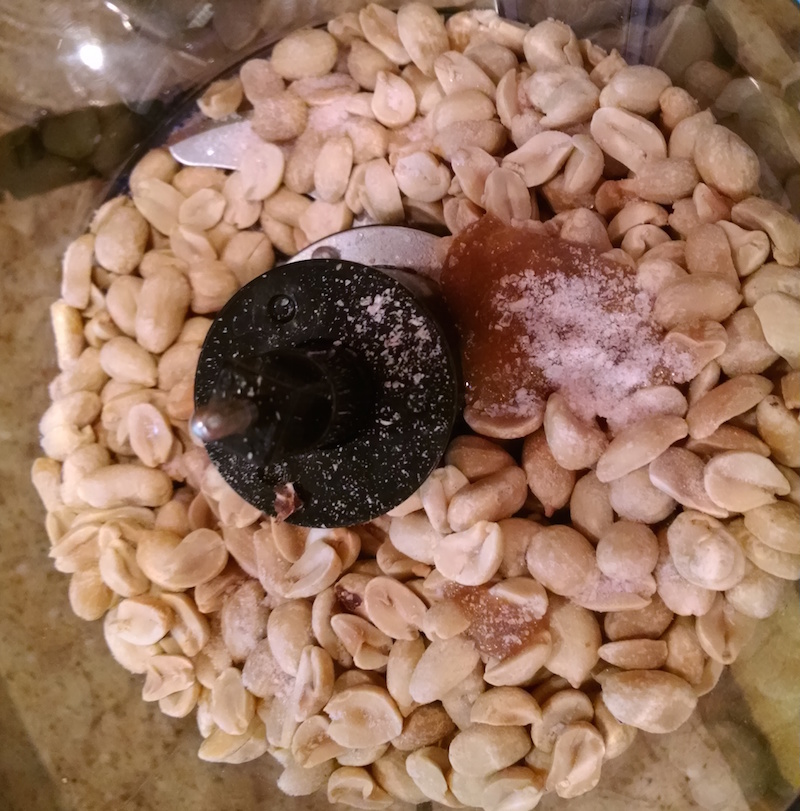 Pulse the ‘pre-paste’ for about a minute. Then stop and pulse again for about 1-2 minutes while slowly adding the peanut oil.

As in my previous entry, you’ll want to keep the number of a good cat psychologist handy after you start the food processor. Below, on the left, you can see the aftermath of one of my cats leaping off the chair at the start of the processing. This time around, though, not all my cats were affected equally. On the right is one of my less nervous cats, who was only mildly annoyed by the event. 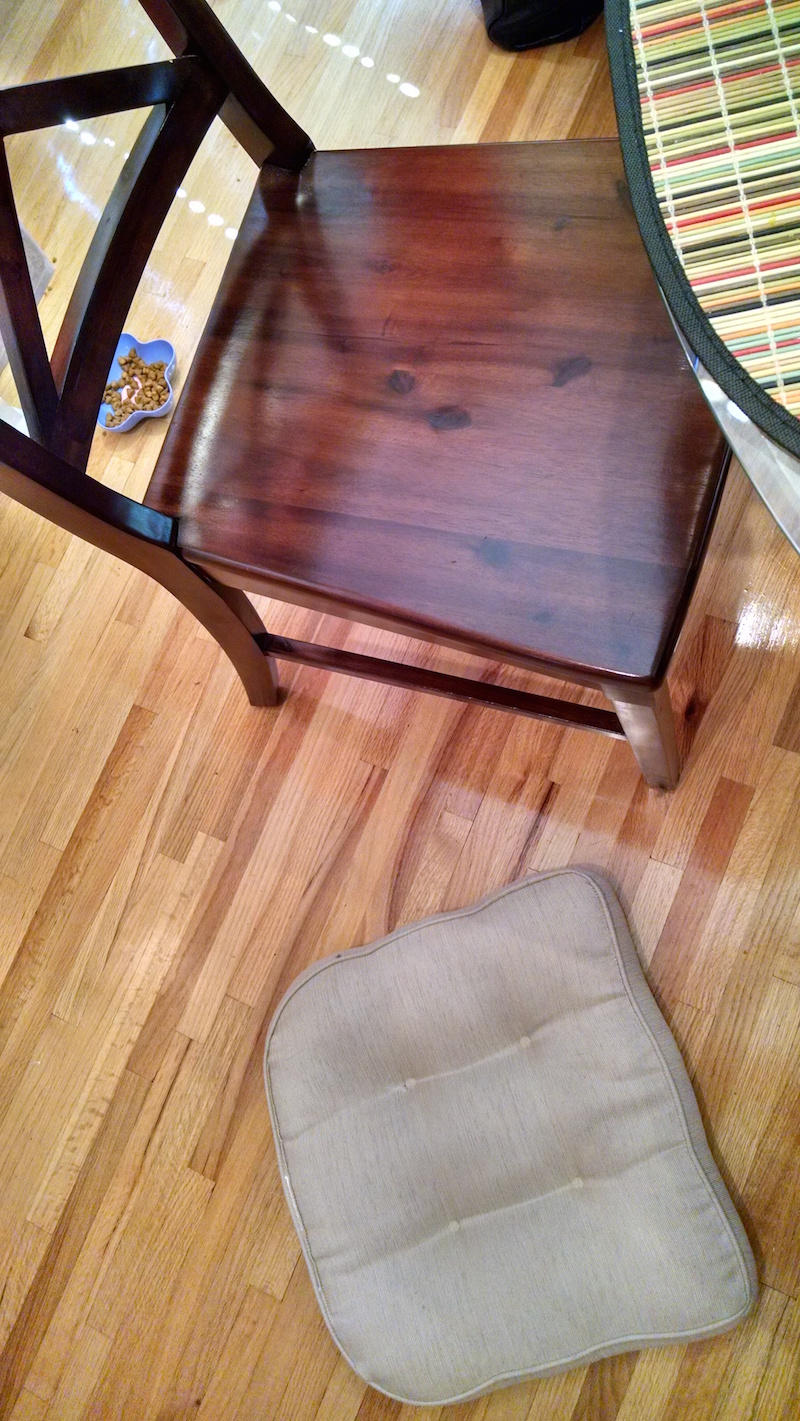 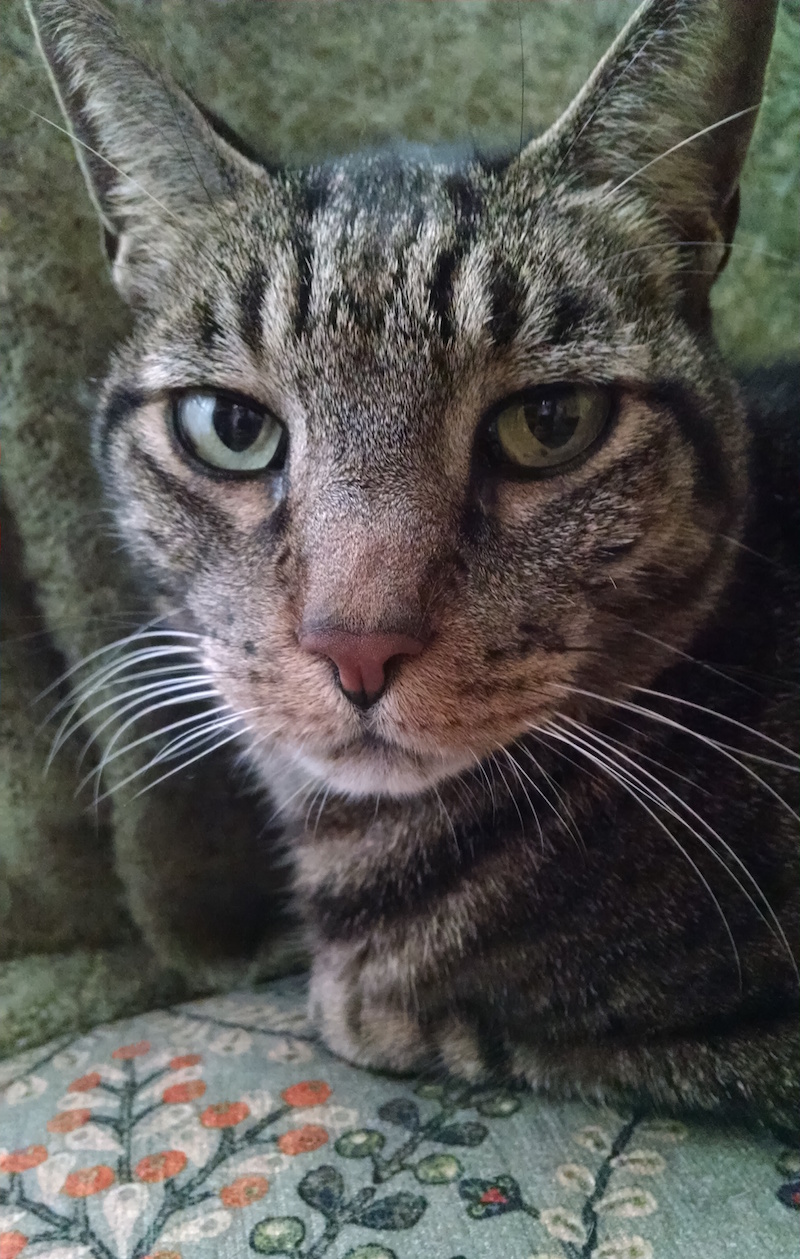 After it’s done processing, it’s ready to eat. And remember, the longer you process it, the more pasty and smooth it will be on your toothless gums. 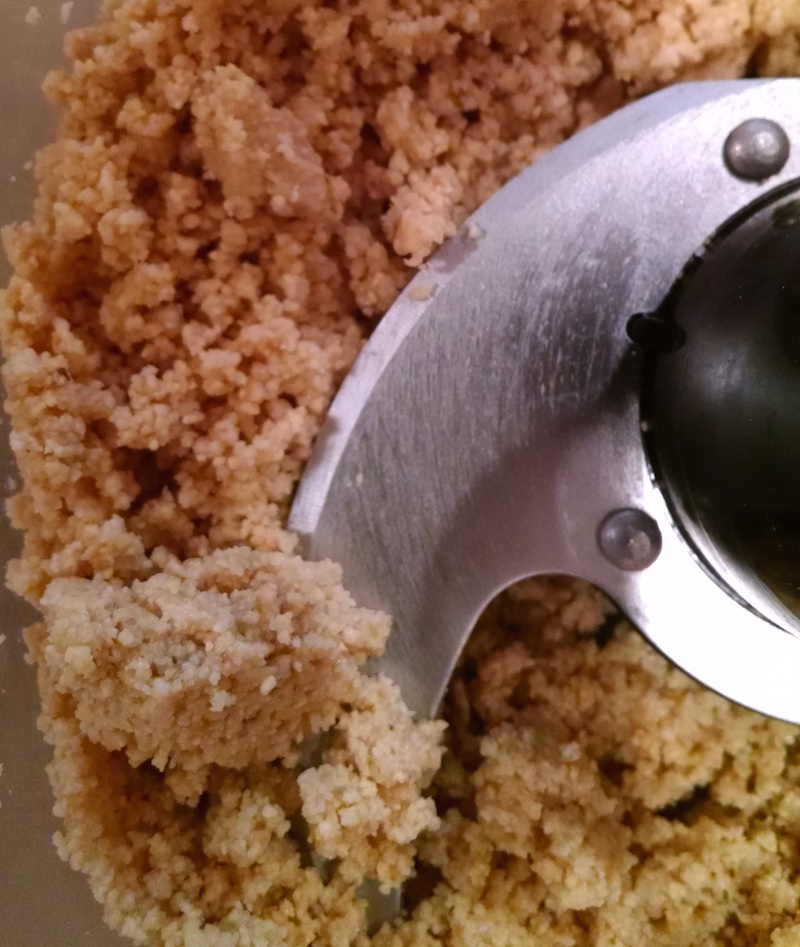 Now go and enjoy your delicious homemade peanut butter. I leave you with the inscription from the grave of the great George Washington Carver:

He could have added fortune to fame, but caring for neither, he found happiness and honor in being helpful to the world. 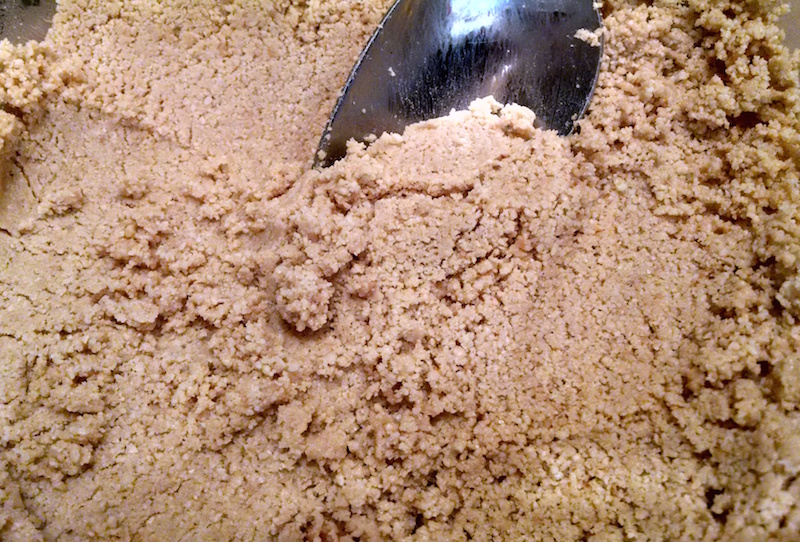 Until the next experience,

Share this story with a friend.
f i t o n

Welcome to the Tomato Life

Here you will follow me on a gentle and humorous journey through fresh food preparation.